I can't let August come to a close without this small memorial to Guy Gotthelf.  Guy was my mother's Parisian cousin, who created this page for her poesiealbum when they met in Paris in 1938: 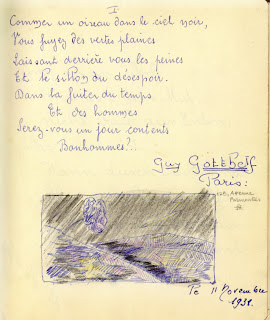 Guy was 15 when he wrote and drew this page; my mother had just turned 12.  The time their families spent together in Paris in 1938 is related in Chapters XXIV and XXV of The Year of Goodbyes.
Six years later, in August 1944, my mother was living in Washington, D.C. and preparing for her last year of high school.  She'd already completely lost her German accent.  Guy was still in Paris.  According to the best information I have, his father had been deported to a concentration camp some months earlier, never to be heard from again.  Guy, however, evaded deportation and joined the French resistance (FFI).

To commemorate his sacrifice, the Municipal Council of Yerres, the Parisian suburb where Guy and his family made their home, named a street after him: 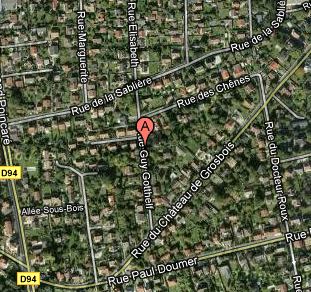 Finally, here is the only photo I have of Guy as a young man.  Thanks to my cousin Beth Gotthelf of Birmingham, Michigan, for sharing it. 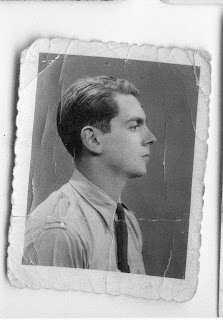 And so as I enjoy the lovely waning days of August, I am also thinking of this young man whom I never met, but who has left an indelible impression on me.